Excellence from the European Heart of Finance

In the heart of the financial center of Luxembourg, we operate as a private bank with excellent expertise in asset and wealth management as well as diverse financing needs.

FIS Privatbank is 100% privately owned, we see ourselves as entrepreneurs. We invest in our bank and our clients, and understand entrepreneurial risk. Above all, you can count on our word. 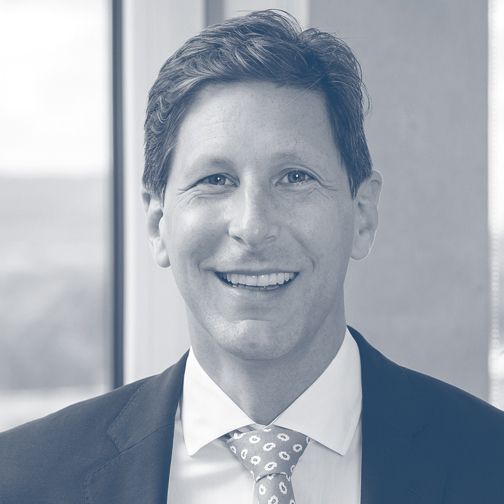 "Our goal is to think entrepreneurially and to find individual solutions for our customers. FIS Privatbank: you can count on us. A bank by entrepreneurs, for entrepreneurs."

Specialized, well-structured and always informed on the market: Our team has numerous years of experience in private banking.

Our core expertise lies primarily in the European and US financial and capital markets. Access to the Asian financial markets and emerging markets, as well as private market investments, is covered by first-class third-party products.

Our competent team and flat organizational structure form the basis for quick decisions. For our clients, this means individual solutions that are implemented quickly.

Read more about us →

Innovation based in Tradition - The Banking Center Luxembourg

Luxembourg is the world's second largest financial center after the USA,

In addition, Luxembourg is considered Europe's leading location for captive reinsurance and it is the largest private banking center in the eurozone. The financial sector is thus an important pillar of the Luxembourg economy. The success of the financial center is primarily based on its political and social stability as well as on its modern legal and regulatory framework.

These are continuously adapted to changing market conditions thanks to a constant dialogue between government, legislators and the private sector. In this context, Luxembourg strives to play a leading role in Europe in the creation of transparency and in the fight against money laundering.

Project VI celebrated its first birthday at the turn of the year. The participants are called upon to manage the assets of a foundation in the amount of EUR 5 million in such a way that 2% per year - i.e. EUR 100,000 - is available as ordinary income to at least maintain the capital... 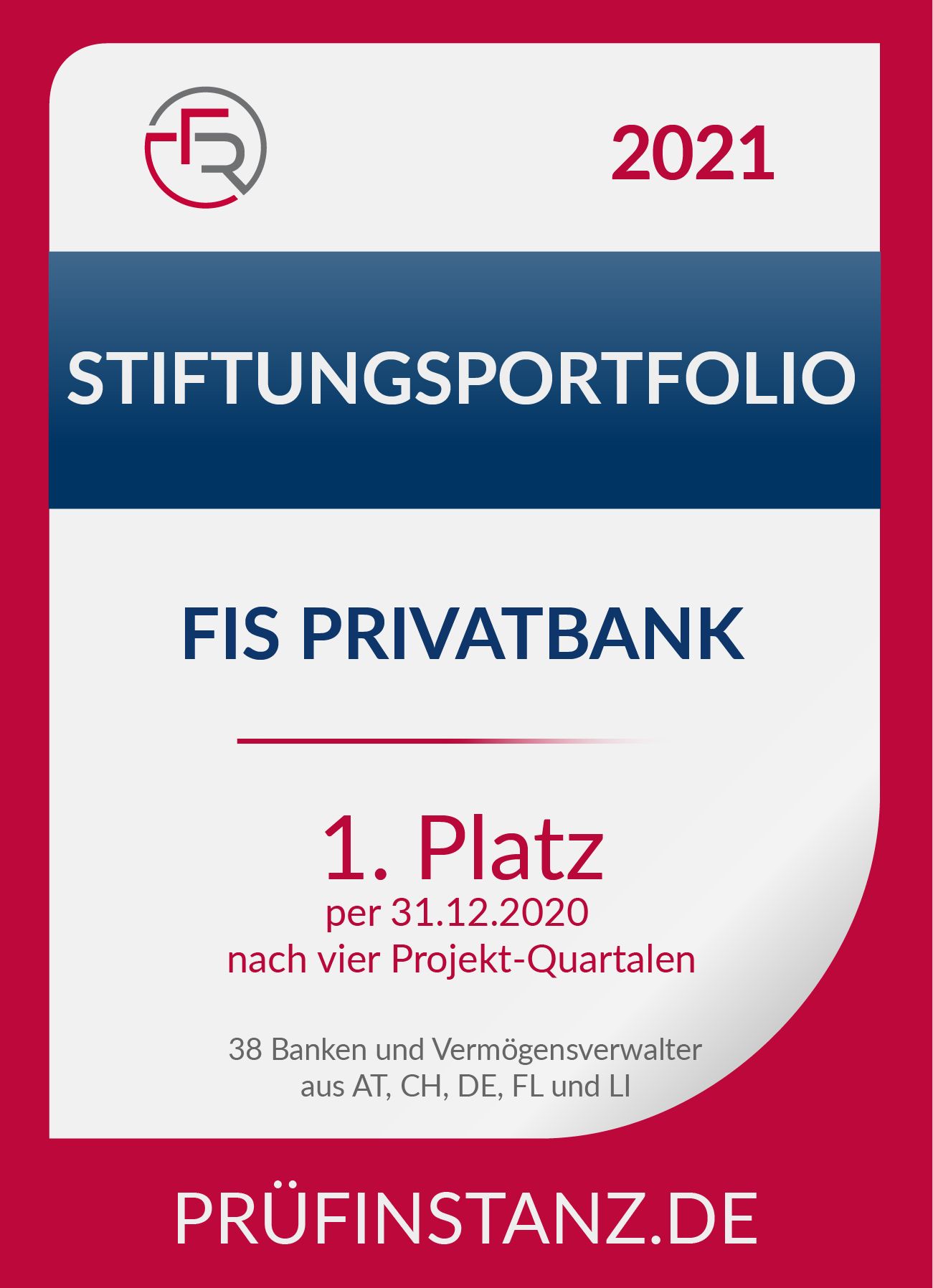 Over five years, participants were called upon to manage a private client's assets of EUR 3 million. Who performed the best? 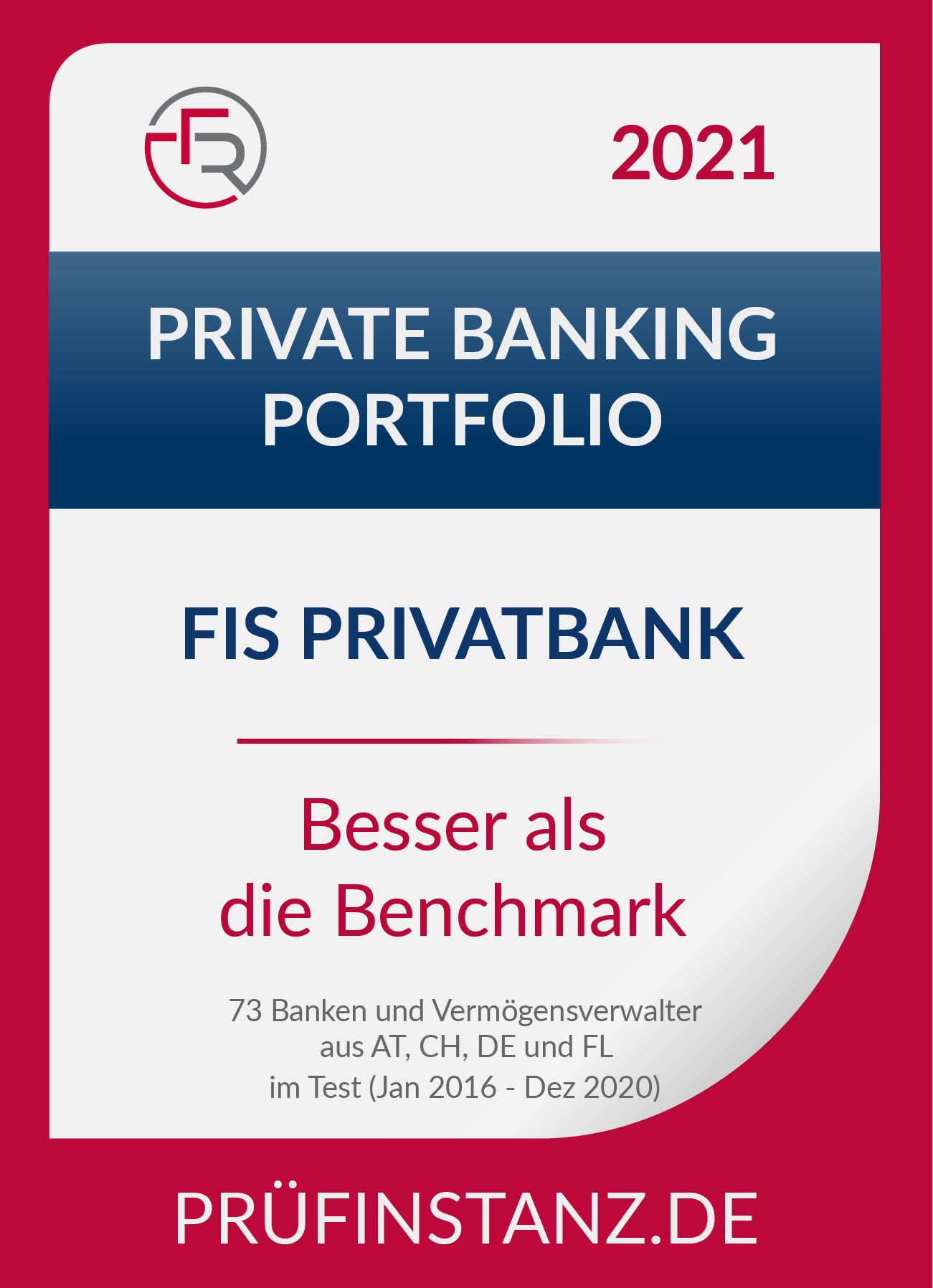 Start-to-finish victory for FIS in the big asset manager comparison... 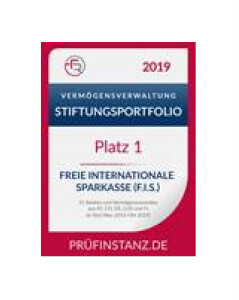 For the fourth time in a row, FIS achieved an outstanding ranking in the annual Geldmanger ranking "Best Asset Managers"... 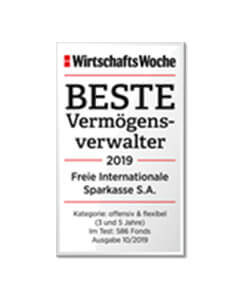 FIS sweeps the board with IP Bond-Select...

„From Lipper Awards from Refinitiv, © 2019 Refinitiv. All Rights reserved. Used under License“ 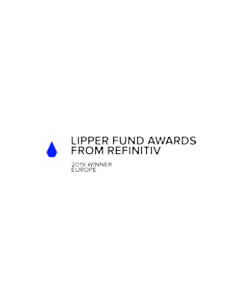